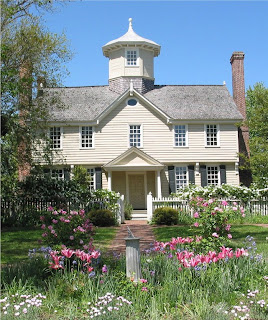 Ever wonder what happens when an ancestral home can’t be maintained by its owners? In Edenton, the answer is found in the actions of local citizens working together to save a key part of America’s history.
The Earl of Granville, John Carteret, was one of the last Lords Proprietor and he appointed a land agent, Francis Corbin, who had the house built in 1758 on the waterfront at Edenton. Upon his death, Dr. Samuel Dickinson purchased his house and following a tradition not uncommon for Edenton, his descendants occupied the house for 141 years.
The story of one of America’s most treasured homes is told when you visit the Cupola House. The Walking Tour that departs from the Historic Edenton Visitors Center includes a tour and briefing inside the house. If you can’t take the tour soon, learn more at the Cupola House Association’s web site.