Sometimes, important documentation can be found where it is least expected. Such is the case with a heavily modified chest of drawers (Fig. 1). This walnut chest is a relic. The feet and the top are new and the brasses are replaced (Figs. 2 & 3) (see Fig. 1). 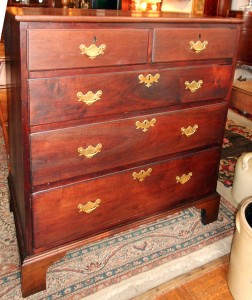 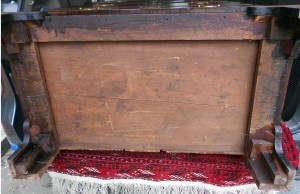 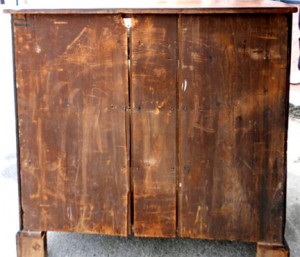 When you remove the two top drawers of this chest, you can see the underside of tenons that went through the upper drawer blade and would have been the dividers for a top rank of three drawers, now gone. There are also round holes to operate the spring (Quaker) latches (Fig. 4). It seems obvious that, in its original configuration of three, over two, over three long drawers, what we have is the upper case of a chest-on-chest or chest-on-frame (highboy). 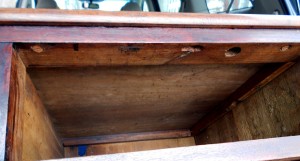 All of the secondary wood appears to be tulip poplar. The chest has full-thickness, full-depth dust boards about a ½” thick set into the case sides and into the back edge of the drawer blades with a very thin tongue and groove (Fig. 5). 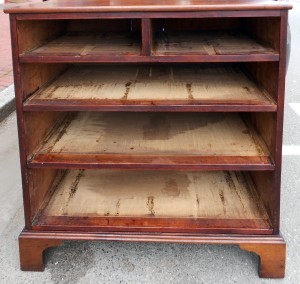 The dovetails of all of the drawers are wedged in what I think of as a German manner (Fig. 6). However, this technique was used in better London shops as well. Long saw kerfs from cutting the dovetails are visible on the inside surfaces of the drawer fronts (Fig. 7). 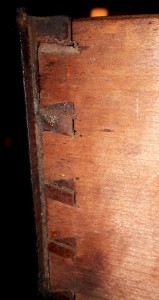 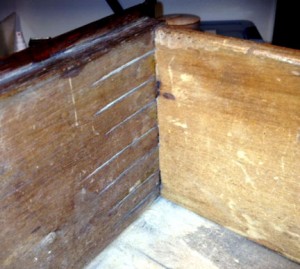 Interpretation of construction details aside, the most exciting aspect of this relic chest is the ink inscription on the back of the first full-width drawer (Fig. 8). The inscription reads “Made by Geo. Eaton Fredericksburg”. This is the first piece of colonial-period furniture that I know of with a good Fredericksburg inscription. 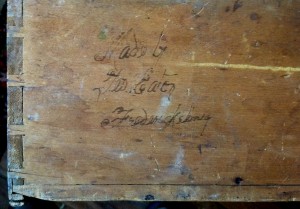 George Eaton is mentioned in Robert Leath’s article in the May 2008 issue of Antiques. He was an indentured servant of Thomas Miller, the chair maker in Fredericksburg, VA, and is described as a cabinetmaker, recently imported from London. Unfortunately, Eaton was a runaway, and I have found no other mention of him besides the Virginia Gazette ad that Leath references. It seems his stay in Fredericksburg might have been brief.

There is also an early chalk inscription on the side of one of the small drawers (Fig. 9); however, I have not yet been able to decipher it. In addition, the initials, “EW”, in an early hand, are incised on the same drawer side (Fig. 10). Identifying the initials will require additional research and will have to wait for a future article, as will deciphering the chalk inscription. Both the inscription and initials might provide more insight into ownership of the chest and/or cabinetmaking in the Fredericksburg area. 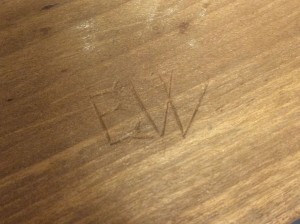 What is most intriguing about this chest is that I do not believe many of us would have recognized it as a Fredericksburg-area piece without the signature. The secondary woods, entirely of tulip poplar, and the wedged dovetails are characteristics I usually would expect to see west and north of Fredericksburg, in the Valley and Pennsylvania. Might there be a Fredericksburg highboy somewhere out there masquerading as Valley or Pennsylvania? 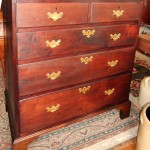 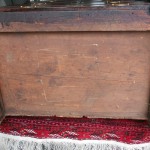 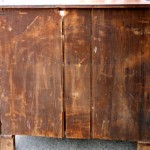 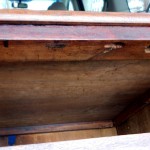 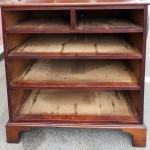 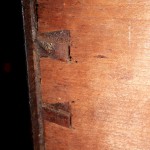 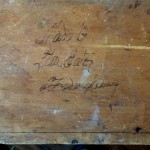 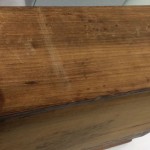 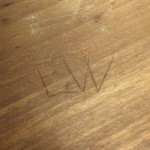 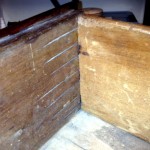 Bill Beck is an antiquarian residing in Fredericksburg, VA.