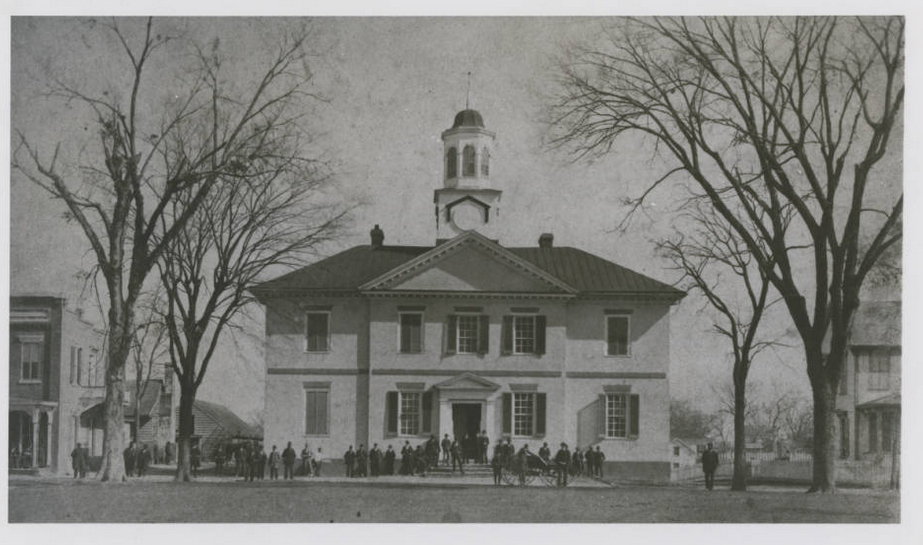 In November of 1712, the Colonial Assembly passed an act “to promote the building of a courthouse to hold the assembly in, at the fork of Queen Anne’s Creek”, essentially establishing the town to be the seat of the provincial government.   By 1718, the first courthouse was completed, apparently unsatisfactorily, and a second building was constructed in 1724. The location of that 1724 building was on the north side of East King Street, the location of the new courthouse built in 1767. 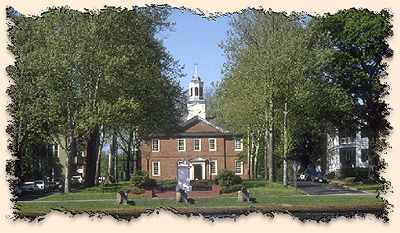 The Chowan County Courthouse is considered to be the finest Georgian courthouse in the South, with a central courtroom and side appendages and one of the most important public buildings in colonial America. It is the oldest public building in North Carolina. The design and construction, while unconfirmed, are attributed to John Hawks, the architect of Tryon Palace, who was active in the period and region. 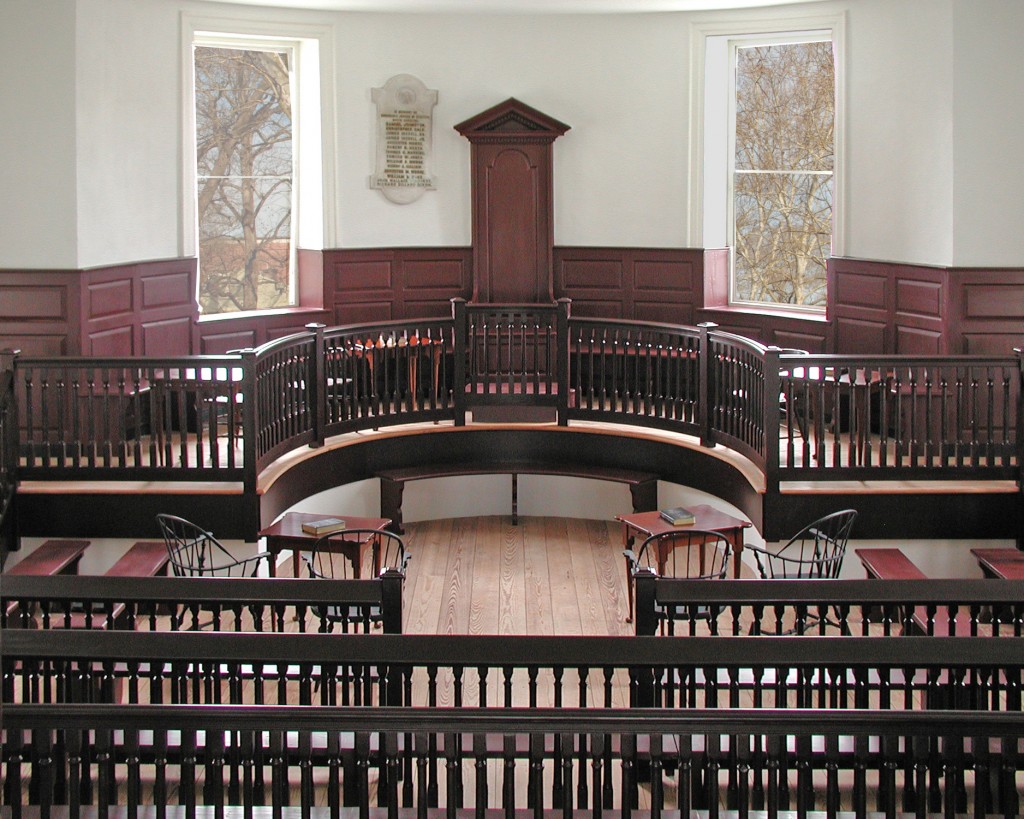 Based on classical British architecture and built by local artisans using local materials, the T-plan building is laid in Flemish bond brick over an English bond water table. The entrance leads directly into the courtroom. The assembly room that is sometimes called the ballroom occupies the central portion of the second story.  The second floor is furnished with a large assembly room appointed with raised paneling woodwork and fireplaces on either side.

The oldest courthouse still in active use the state, it has always been used for many purposes. Here Edenton citizens met during the struggle for independence. It was the county’s seat of government for over two hundred years, and the venue for many public meetings, religious services, and a wide range of social activities.

Patriots who founded the American Republic, relied on this courthouse for public business and community affairs. Joseph Hewes was one of the commissioners appointed to raise money for its construction. James Iredell and Samuel Johnston pleaded their cases before judges presiding here.  Joseph Hewes was also a signer of the Declaration of Independence.  Hugh Williamson, signed the U.S. Constitution and was later a member of the U. S. House of Representatives in the 1st and 2nd Congresses.  Samuel Johnston served as Governor of North Carolina from 1787 – 1789 and U.S. Senator from 1789 – 1793. James Iredell, used his knowledge of the law and Constitution as one of George Washington’s  appointees to the first U. S. Supreme Court from 1790-1799,

In 1792, Congress established Edenton as a place for holding U.S. District Court. In April 1819, President James Monroe visited Edenton and attended a public dinner at the Courthouse. 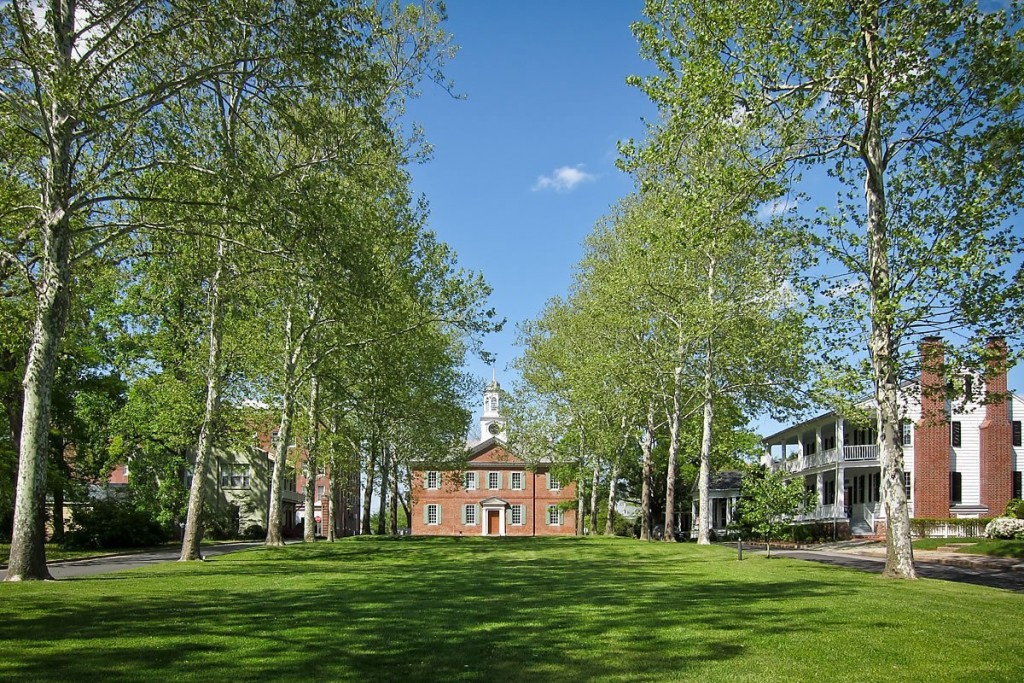 The Courthouse Green, public property since the town of Edenton was laid out in 1712, continues as a location for memorials, celebrations, and public events. To the north is the Historic Chowan County Courthouse; at the southern end is a large marble memorial to Edenton merchant Joseph Hewes (1730-1779), one of the three North Carolina signers of the Declaration of Independence.

To the west across Colonial Avenue, a handsome bronze teapot commemorating the Edenton Tea Party of October 25, 1774 sits on a pedestal beside the fence surrounding the Homestead. Frank Baldwin, a skilled craftsman in a Watertown, Connecticut brass foundry, made the teapot circa 1905 for Frank Wood, owner of the Homestead. The design was based on a teapot that had been in the Wood family for years. 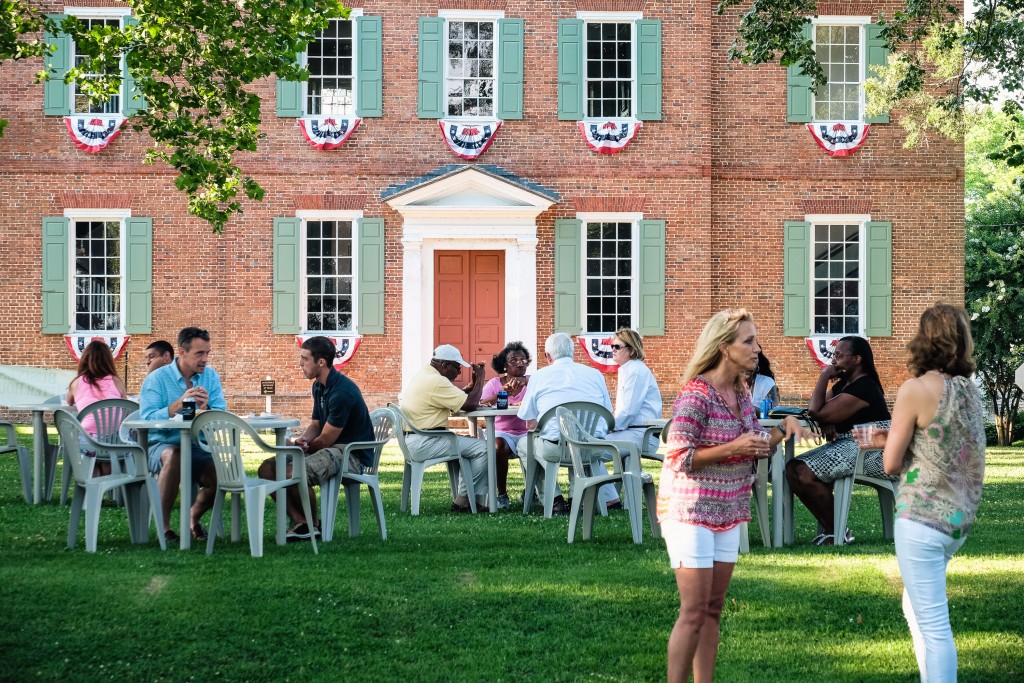 At the foot of the green are three mounted Revolutionary Was cannons acquired by American arms merchants in France. These were among forty-five pieces a Swiss captain brought to Edenton in 1778 since the British blockade made delivery to the intended ports too dangerous. Twenty-two made their way up the Chowan River to Virginia. 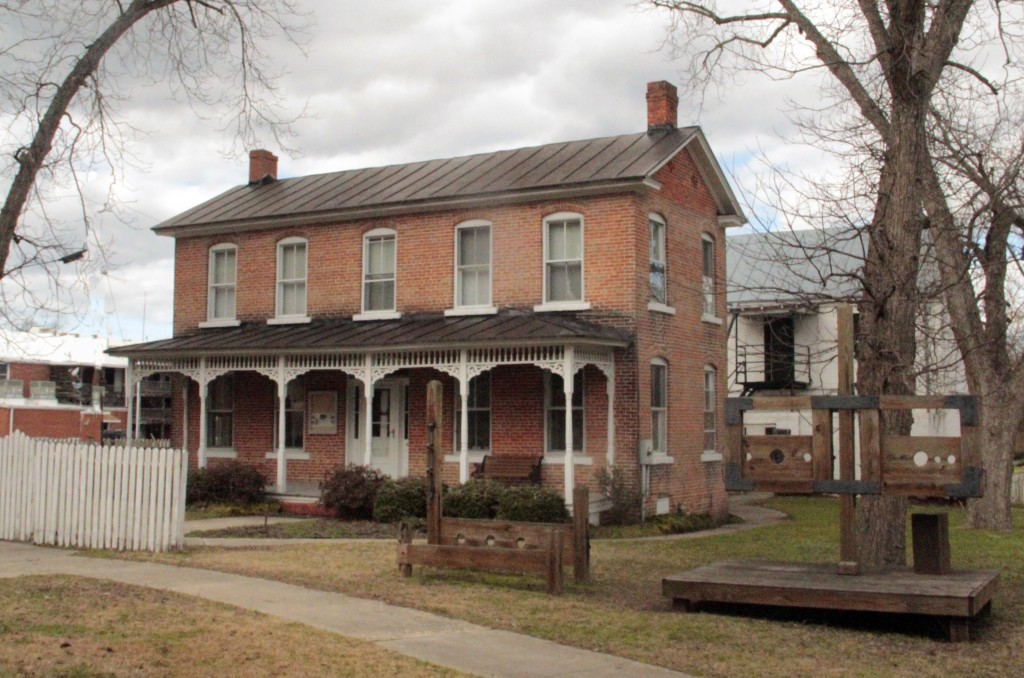 The brick structure, raised in English bond, has front and rear walls which are 29 inches thick on the first story and 24 inches thick on the second story; the end walls of each story are 18 inches thick. Steel cells, added in 1905, remain essentially unaltered. This jail was used until The new regional jail was built in 1979-1980.

The Jailer’s Residence is a modestly finished brick Victorian dwelling that was erected by the county as the home of the keeper of the Chowan County Jail at a cost of $2,050. Conveniently located between the jail and the Courthouse, the jailer occupied the building until the early 1970s.

The Historic Edenton State Historic Site offers daily tours of a remarkable collection of Georgian, Federal, and Greek Revival buildings including the 1767 Courthouse, the Lighthouse and the Iredell House.