Parish Organized under Act of Assembly 1701 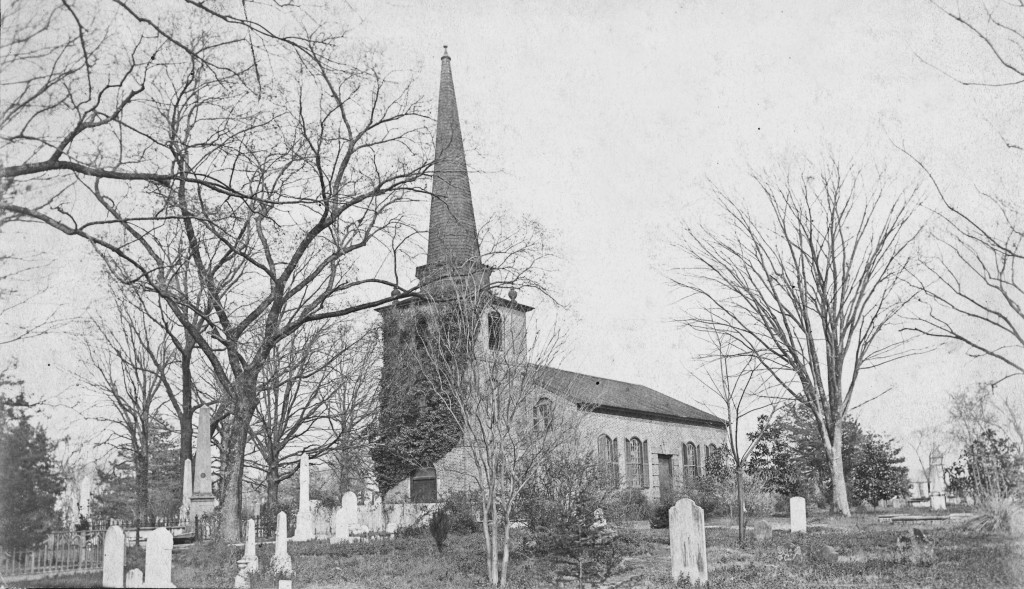 Organized under the provisions of the Vestry Act of 1701, St. Paul’s was the first parish in the North Carolina colony.  The original building, erected in 1702 east of Queen Anne’s Creek, was a post-in-ground structure.  By 1736, when the old church had outgrown its usefulness, the parish commenced building a new church in Edenton, then the bustling capital of the colony.  The resulting structure, North Carolina’s second oldest church building and the oldest still in regular use, is a landmark in the development of religious architecture in the state. St. Paul’s churchyard contains a large number of historical gravestones including those marking the resting places of three early 18th century governors. 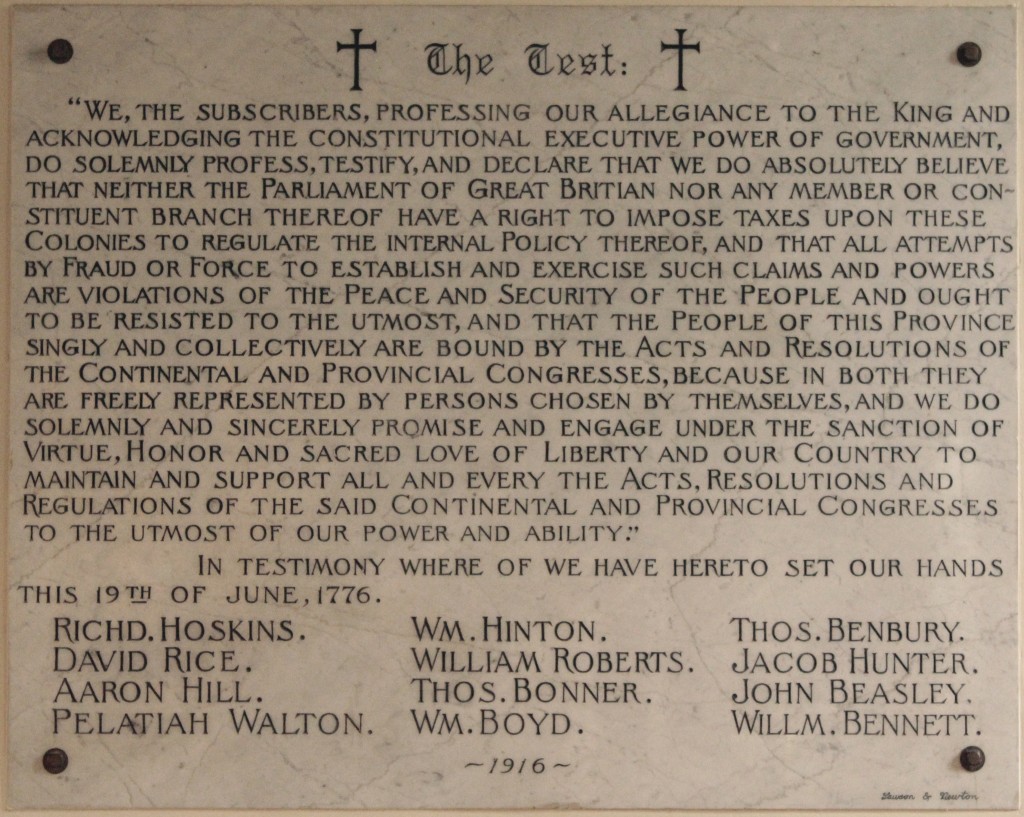 On June 19, 1776, the Vestry (governing members) of St. Paul’s signed its own Declaration of Independence, a document protesting England’s treatment of the colonies including unfair taxing and unjust interference with colonial government. Entitled “The Test,” a copy of the text is engraved on the interior back wall of the church. Even with such sympathy for the cause of the American Colonies, the Revolution had a disastrous effect on St. Paul’s as the Anglican (Church of England) denomination fell into disfavor and funds from England ended.  By the 1790’s, the building had fallen into bad condition although it was still used occasionally.  In 1805 a group of local churchmen of what was, by then, St. Paul’s Episcopal Church, raised funds for repairs and hired William Nichols, an English architect from New Bern, to plan the restoration, part of which was the addition of the spire. 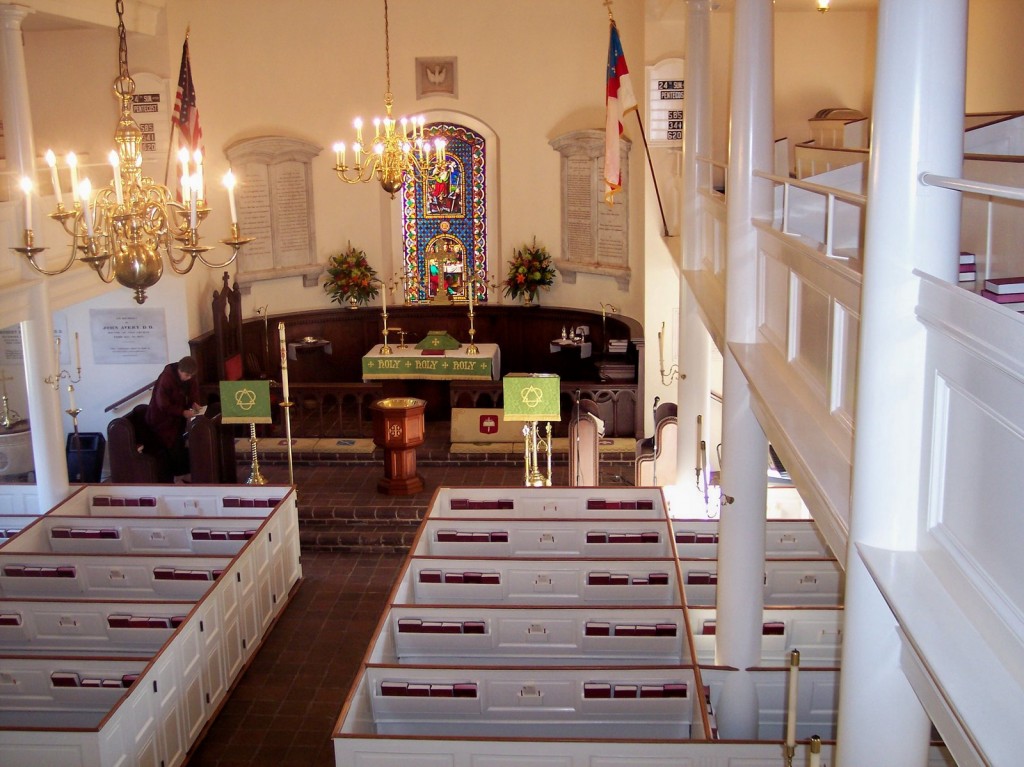 The interior of St. Paul’s remained relatively unchanged until 1848, when the present chancel woodwork and furniture were designed by another English architect, Frank Wills of New York.  One of the leaders in the Gothic Revival movement in the United States, Wills so respected the Romanesque forms of the existing apse and the barrel-vaulted ceiling that he used the same motifs in his own design.

In 1949, during further repairs, the steeple, roof, galleries, and old organ were destroyed by fire.  Fortunately, all interior furnishings, the flooring, and memorials were spared as they had been removed prior to the repair work and were returned when the church was rebuilt exactly as it had been before the fire. 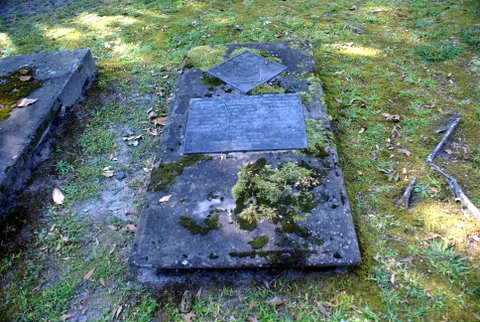 Of the many important citizens and  leaders interred on the grounds of St. Paul’s, probably none is more historically significant than the grave site of Governor Charles Eden, the first Colonial Governor of North Carolina.

The web site of St. Paul’s notes, “The oldest material possessions of St Paul’s are its book of vestry minutes begun in 1701, and a silver chalice and paten given to the church by Edward Moseley in 1725.”